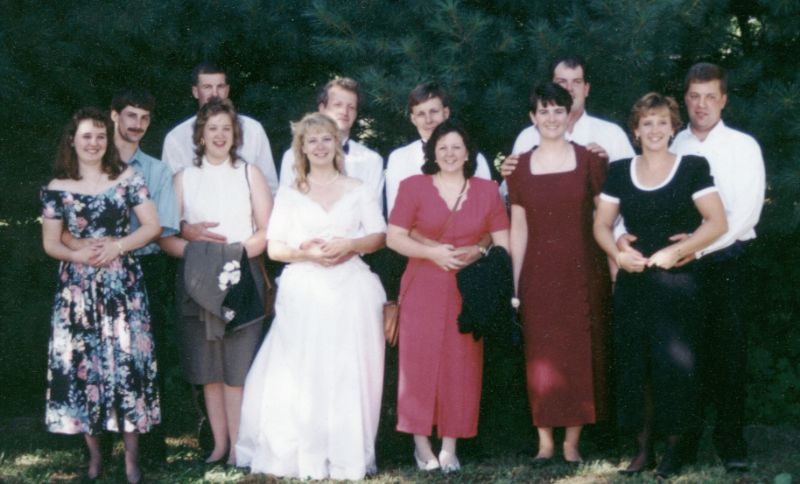 I had, at one time, thought about throwing some sort of a party.  We have not marked the occasion since our 10th.  It felt like it was a good year.  Well, in January or February, it felt like that was a good idea.

Now, in September, I’ve modified my plan.  Instead of inviting a bunch of people, I have secretly just the original wedding party.  Actually, it’s only the groomsmen, as the bridesmaids all live states away.  You’ll have that, when the bride was originally from Illinois, and the groom from Vermont–and the couple lives in Vermont.

Even better, two of the groomsmen are our neighbors, and the other two are about a ten-minute drive away. It is easy enough for us all to gather, even on a weeknight—and even as a surprise.

I kind of like this way of celebrating.  After 25 years of marriage, pulling off anything secretive is just not easy.  We’re only one hour and fifteen minutes away from the appointed dinner time…

A silver lining for a silver anniversary.  A nice concept!