They are four abreast as they walk along the sidewalk in Barcelona. My two sons flank their Spanish sister, my daughter leaning slightly forward and into the conversation from the end. I can’t hear their exact words, just the tones of their voices mixing together. They tease and cajole. They push and playfully jostle, and their responses rise and fall between their bursts of laughter.

I am behind them, watching and observing. It’s a weird sort of deja vu. It’s surreal and very much real at the same time. I feel the same as I did while traveling with them on our trek to the Midwest and back.

Except that this time, the street chatter is in Spanish and Catalan. And I am accompanied by the real mother and father of our Spanish daughter, this extraordinary young lady who has recently returned back to her family after ten months of becoming such a part of ours.

It’s only been about six weeks since she left our home, and returned to her normal life. But I have done this living abroad experience myself. I know that there is no such thing now as “normal”. There is a “before” and there is an “after”…. and the process in between is often not so easy.

We’ve tracked her return home… the arrival of two of her close American friends nearly three weeks earlier… our flights into Spain and our visits in the northern part of her country first. We’ve told her about our visit to our first exchange student, the one who convinced us we could do it again, the one responsible for her coming to our family.

We’ve been apart physically, but the distance has been lessened with the near daily contact of videos, photos, messages and calls. Her parents–and her brother–have been anxious to meet us in person. And we are just as excited to finally meet them.

The reunion is joyous, and the weeks apart have slipped away. It is just like it has been for the past ten months. There are no awkward moments. It’s feels like our own home–except that her parents and brother are now a part of the larger family. And we are missing the father figure from our family unit (he claims “someone has to stay home with the dogs”). But, it is so comfortable that it really feels as though he will walk into the scene at any moment, too.

Right away, the teenage gang decides that they want to go “out and explore”. After only a moment of thought, I agree. They will be led by their Spanish sister, accompanied by the two American friends who have been going out together all week. And, I realize with a start: our oldest son, at 19, is now the same age as I was when I first went abroad–to Spain myself.

They come back a few hours later impressed by Gaudi and his work–and ready to see more the next day. Although our time is short, we explore La Rambla. Shop in the Corte Ingles department store. Wander down to the port. Visit the Olympic Park. Ride the gondola. Share meals with the family. Tell stories on the balcony at the end of the day as the hot sun finally recedes and the cool breeze blows in off the ocean.

We laugh as son number two happily negotiates with street vendors selling knock-off purses from a sheet spread on a sidewalk. We take selfies (and all the kids complain that I don’t do it correctly). Our older son tests out his language skills and orders for himself. Our youngest finds her perfect new backpack. The middle son finds a new favorite soft drink–Fanta Limon–and buys it to bring home for his friends.

As I watch them all walk in front of me, I wonder how it could possibly feel to be our Spanish daughter’s parents. She is so clearly a part of our family group now. It is nearly palpable, these four “siblings” comfort as a family unit. I realize anew how hard this impending departure will be later that evening, how much pain I will feel as I truly and fully leave this young lady to the care of her real parents.

I dare to ask them what they think. Is it hard to watch her together with them?

“No, not at all,” they answer me with a smile. “We are so grateful. We have heard all about them, and you and your husband, the dogs, everything… We hoped that she would have a good year. It’s been so much more. Seeing you all together… it feels very right.”

I am relieved, because I want them to be happy. But I am beginning to sense just much of a void I will feel when this chapter of our lives is more fully closed.

Time does it thing, as it always does, rushing by when we would have happily slowed it down. The time comes to leave Barcelona.

We stand again in the airport to say goodbyes, just like we did less than two months earlier on the other side of the Atlantic. It is more permanent feeling, even though we have solid plans for their trip to see us again next summer.

With the final hugs and kisses, I just can’t say all that I am thinking. I don’t even try, and no one else does either.

As we sit in the boarding area, I receive a message from her father that expounds more on what I wondered as I had watched them all earlier that afternoon. He has put into words what I could not.

“I really love the relationship that she has with you all,” he writes. “With your children, she has a connection I have not seen her ever have with anyone else; it makes me realize how much she loves all of them and how much they love her.

“Your relationship with her–that I really love. I have seen that with you she has something special. You have been a mother, a friend, a confidant.. In all, someone very special for her. From all that she has told us, with your husband, too, it has been a magnificent experience.

“As we said to you in the airport, you all are a part of our family, never will we be able to thank you enough.”

I don’t know how to respond to him. He has said what we feel, too: we will never be able to thank them enough for the gift of their daughter into our lives.

We had accepted her into our home because we thought it might be fun. A lark. Some fun times during a year, some moments to remember after she left. Perhaps we might visit back and forth sometimes.
We never anticipated all that this could bring to our family.

My response to him is simple. “I have no words,” I send back.

“Except one: thank you.”

is all about high school exchange students–summer, academic semester or academic year.  Because Jill’s family often hosts one (or more) themselves, it’s often a poignant, personal look.

Subscribe
← Previous: Fabric of Our Lives Next: End of Summer → 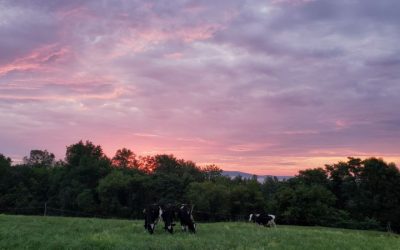